A frequent setting for episodes of Inspector Morse

Wolvercote is a village located about 3 miles (5 km) northwest of the city centre, on the northern edge of Wolvercote Common, which is itself north of Port Meadow and adjoins the River Thames.

Wolvercote is a peaceful and pretty little place, and the locals are lucky enough to have three great gastropubs on their doorstep. One of these, The Trout, was featured in several episodes of Inspector Morse, in which John Thaw and Kevin Whately (Morse and Lewis) mused on their investigation over a pint of bitter in front of the weir.

The village has an additional claim to fame as Wolvercote Cemetery contains the graves of J.R.R. Tolkien and Sir Thomas Chapman, father of T.E. Lawrence. A paper sign in the parish church warns people that Tolkien is not buried in the churchyard, and provides directions to the cemetery. The writer and poet John Wain was also a resident from 1960.

The village is at its loveliest in the summer, where there are often outdoor markets and music festivals. 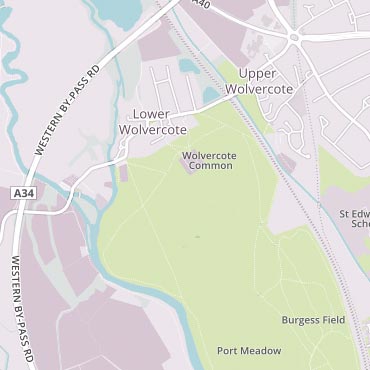